I swear I will figure this all out somehow.  Anyway, even though I was doing my burst exercises and watching my calories — sort of, I have seen a slight creep in my weight.  I gave it some thought and realized that prior I had been doing the apple cider vinegar/lemon/cinnamon cleanse thing once a day.  Then I started researching apple cider vinegar and realized I may have made a mistake by stopping this daily routine.  So, yesterday I started it again and overnight the weight started dropping off again.  What the…???

So, I did a google and got this information:  Does Apple Cider Vinegar help you lose weight?  Seems there actually is some science behind it.  I need to adjust a little and do a little drink before each meal.  I don’t know about you, but I’m thinking that little packet of Truvia might help keep the drink going down.

So here’s what I’ve made the routine so far:  daily calorie restriction, 1,200 to 1,500 a day, but more towards the 1,200.  Three times a week burst training exercise.  Daily vinegar/lemon juice/cinnamon/truvia drink.  And now two teaspoons of apple cider vinegar in a glass of water before each meal.  As a fair disclaimer — so far I am still drinking a Coke a day, the bottles that total 200 calories.  But with the vinegar I seem to be losing the craving for the Coke.  I might make real progress if I cut out the Coke!  But that’s hard when you’re a Coke-a-holic.

Let me say that I’ve tried all of this stuff before except the vinegar, but not in combination.  I’ve given up Coke for days and weeks and nothing.  I’ve exercised like a wild person every day, at one point for two hours a day and nothing.  I’ve fasted with moderate, but not enough success.  It isn’t until I started combining all these elements together that I felt like I had real hope of turning this around.

One thought on “Apple Cider Vinegar” 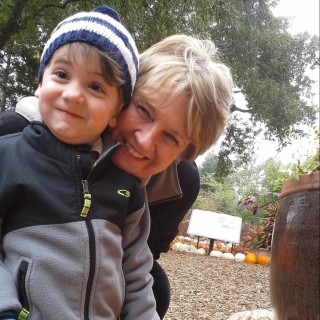